Today Big Data analysis is everywhere. Companies are more interested in big data than ever and are hiring solid teams and expensive tools to analyze the human behavior and create a data driven culture. But despite the willingness of the enterprises in creating a data driven culture and with all the evolution of the Big Data technologies the ability to act on the analytic intelligence is painfully slow, slower than the demands of the current business scenario and requirements. 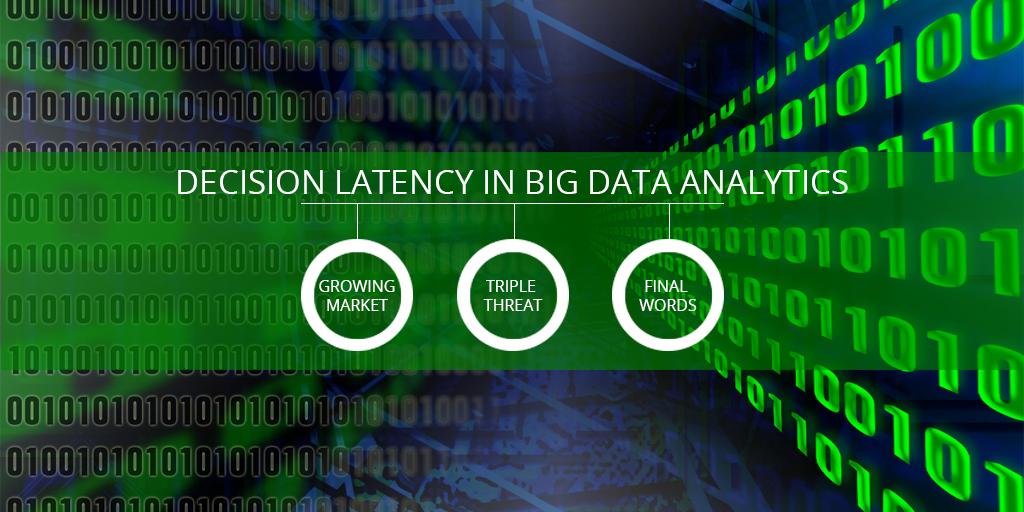 This is termed as the decision latency and it is the direct result of the store-analyze-act approach with respect to the data which puts even the biggest of the organizations in position where they have all the required data and required knowledge but they lack when it comes to making the informed decisions and the better way to overcome this rudimentary approach is the event processing.

Recent research shows that the market for the event processing will generate the revenue worth $4 billion for the IT industry by 2019. It is no wonder why many organizations are looking for the ways to actively track the events in real time because value of the immediacy very much. In the world of instant communication and viral marketing the data has the highest significance immediately after it has been captured and passing of every minute makes that much less valuable and irrelevant.

Our traditional tools are simply not up to the task of handling this data in real time. Even the most powerful ones are built to store first and then process large volumes of data but are not capable of analyzing the data at the instant it is captured. The decision latency has already put the companies in unfortunate position with analytical tools unable to utilize the information at the same moments the returns are not as one has expected as well.

For an event processing system to be successful in delivering the Return on Income three capabilities are very critically required.

The first one is high availability. Businesses today not only need rules which can relate the event to some data from history but, what is required is actually the ability to scale this process on demand basis and ensuring that the same ability is available to all the users without discrimination.

The second one is referred to as user empowerment. With the availability of self-servicing capabilities and granular control the business analysts and data scientists can focus on their job easily i.e. capturing the business logic and implementing the rules.

And last but not the least are the event processing platforms which must empower the developers to build the scalable distributed systems with the custom UIs which are easy to integrate with the existing systems and technology. Such systems should aim at fostering the better collaboration between the It developers and the business users for productivity and curbing the decision latency.

It is no longer possible to survive by using the rudimentary steps of collecting, storing and analyzing the data. To gain the opportunities it is essential to grasp them as soon as they became available and this is necessary for the organizations to retain the competitive edge and to drive the full value from the business analytics.