Having a mobile app is a great benefit in today's competitive business world and many businesses already realize the importance of having a personalized mobile app. But, this has become such a rush that they often tend to forget few key points. Below is the list of those points with explanation and is meant to help businesses prepare for their mobile app development project and at the same time the list will help developers set their clients and bosses expectations. So let's dig in. 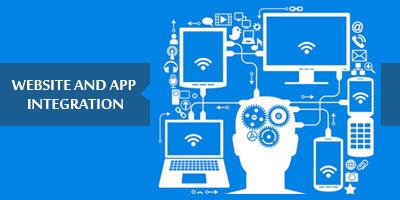 Almost all organizations believe that their app should increase/enhance their existing online offerings. They expect that if their website has the details of their clients, the same information must be shared with the app also. It is all good but they should realize that depending upon how the database and server is set for the website sharing the information between app and website can easily become a separate project in itself.

Many traditional methods on which most of the trading sites are based uses ASP.NET or PHP and both the languages provide tight coupling between the client and server side code. This in simple terms means that it can be very difficult or sometimes nearly impossible to decouple the server and provide it as an API for app to share the data seamlessly.

It is crucial that your site and app share the data but just make sure to add the cost of this additional effort in your project estimation.

You do not control the destiny

Unlike web which is open platform the mobile platform is like a traditional Indian, very conservative as they have gatekeepers in place and in particular Apple is very strict. Before the app is available on app store the app is tested by the apple for two straight weeks and is reviewed very carefully. They each product is examined very carefully as in under electron microscope and will be rejected if the developer fails to follow their guidelines and requirements. After following these and other specified guidelines to the point; once your app enters the store whether Apple’s or Google’s both take a part of your profit. Therefore, one must plan the app’s monetization plan very carefully.

Also, make sure to have your developers account ready before the app deployment because if something goes wrong it may take Apple or Google weeks to resolve the issue and this will delay the launch of the app.

One app and thousand devices

In particular this case is true for the Android where so many vendors are providing the mobile OS on their devices and sometime it happens that the app start to cause problem not in general but on a specific model of a specific company. With so many devices around having so different configuration this problem is bound to happen. So to be on safer side developers must test the app on as many devices as they can to avoid such glitches.

Practically there is no end to phone/OS combination and this is one reason why apps need to be tested rigorously. With website you update the code or just make it backward compatible by adding few more lines, push it on the server and the bug is gone. But with apps it not often the case because many users do not update the app which means that for every version you will require to maintain the different server side code. So now not only every app requires heavy testing but also every version of the app.

Many businesses either do not realize this or heavily underestimate the importance of the fact.

With so many apps in the market and so many releasing on daily basis it is foolish to think that you will just release it and it will receive thousands of downloads. You need to market it to the customers and some of the common marketing approaches are:

Getting your app into the device of user needs thorough marketing!

Apps are important and changing the way how we do business online. Just keep in mind that developing an app may take a lot more time then you originally estimated. Keep patience and keep going.