For different companies IOT means different things to different organizations. For some it means that pile of new development is in order, for others it means learning new ways of software development. However up to this point embedded control development and software development were considered as two different things but IOT changes it all. Here the tools are different, platform is different and it is very rare to find an expert in both technologies. It is a combination of traditional embedded development and software development where devices are being programmed no only to do their job but to also pass the data between other devices and enterprise core for the analysis and action. The bottom line being that to be successful one has to incorporate the best practice of both processes and the person is charge will be responsible for bringing the two entirely different cultures on the same platform in harmony which is not easy to do.

To succeed in such bifurcated environment one has to figure out the techniques which are best suited to both styles of development. Below are some points which companies undertaking IOT application development should know.

Even if the IOT is an embedded system it is still capable of generating large amounts of data and it is your responsibility to decide for how long this data can stay in your enterprise core as this storage time will have direct impact on the communications the organization uses. So before going too far in the development it is necessary to figure out this part and think carefully about it. 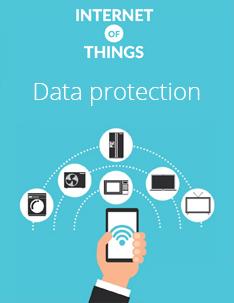 We already know that the glibc vulnerability is lurking in the heart of the Internet’s core technology which is DNS. Some security researchers became aware about it and developed a patch which fixes the vulnerability without breaking other software. Many people are pessimistic about the patch as embedded systems once deployed are never touched again. But again any system which accepts the user input must have the ability to update from time to time.

Security matters and it goes without saying. Concern about security is one of the biggest reasons why organizations and people are hesitating in implementing the IoT systems. Even many security professionals believe that IoT systems are disasters in terms of security.
The only solution available is to implement the security in the devices from get go and this simple means spending brainstorming sessions and going paranoid about everything IoT is about. Since these IoT devise will be controlling some of the sensitive data related to home and business, no doubt that hackers would love to steal it.

One of the things that developers do is to stuff the system with unnecessary computing power. They do it because the power is available and because hardware is capable. This makes the system heavy. But with IoT look for the reasons to cut the feature list ruthlessly and keep the system as light as possible. This will yield the final better product.

Enterprise software has gone into agile discipline fully whereas the embedded world still follows write once and forget discipline. It assumes that hardware once deployed will never be touched again. But now the time has come for embedded design to go agile. Since the controllers in embedded system were never to connect with the other system they never followed the agile discipline. But, in the new game old rues will not work. A new learning assignment is here for embedded teams.