Big Data: The benefits are followed by the real time updates

Since its arrival, the big data has become quite popular among organizations as they began to feel the need of analyzing the data more closely, accurately and fast in order to correctly interpret the business and human behavior. 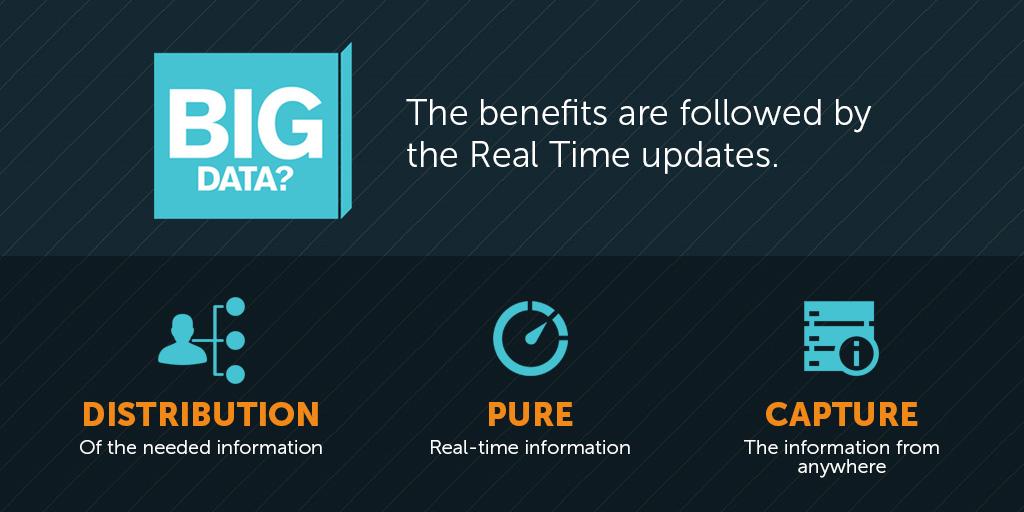 The real advantage lies not only in analyzing the large volumes of data but in the fact of us being capable to do it in the real time. As a matter of interest, in some areas the advantagelies in the timing of the data i.e. when it is available.

In the scenarios described above, the tools like ETL (Extract, Transform and Load) are not very effective because they work on the data which already has been stored and is old. It also requires regular refreshing of the tables when updating the database.

The alternative to ETL is represented by the data-synchronization tools which are effective means of updating the database. The data-synchronization technique is based on capturing the changes generated at the source and updating the required tables automatically. The process is very efficient as it does not require triggering the full data reload process and only the necessary changes are visible in the real time. The three great benefits of this technology are as follows:

The data synchronization technique is assumed to record the information at three distinct levels and they are insert, update and delete and pulls them into tables configured. This technique, however,does not replicate the update action immediately and the other way around is to use the append mode which appends the information as soon as it is available.