If you don’t want to walk around with a massive tablet jutting out of your pocket, Roku has something for you, you would definitely fancy. Roku has announced a brand new way to get everything from the second screen to the first; and everything means literally everything from your videos, photos, music, web-pages and even games. 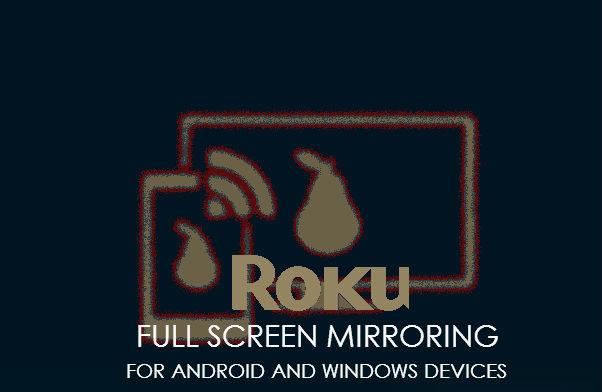 Roku’s new beta screen mirroring system, available on Roku 3, and Roku Streaming stick (HDMI version), is designed to be a simple way to mirror anything from your smartphone, tablet or PC screen to your TV screen via Wi-Fi. The service rolled out on 2nd October this month for selected devices including PCs running Windows 8.1 or higher, Windows 8 smartphones, and Android devices running on Android’s 4.4.2 or higher version.

The company hasn’t provided any exact list of compatible devices, although it stipulates that “hardware must support screen mirroring”. This last point is a bit ambivalent, and as such, the compatibility may depend on the technology Roku has employed for its new mirroring feature. However, a majority of Android and Windows devices offer mirroring in some form.

There are several other systems and apps for screen mirroring viz. wirelessly send content to your TV. These include the popular Miracast system that works with multiple Android and Windows devices, and apps like AllCast that works across multiple devices and platforms and iMediaShare that offers compatibility even with the Xbox consoles.

In fact, Roku already has an app for iPhone and iPad called Play that is very similar to the Apple’s Airplay system. However, most of the current apps offer limited sharing of content, and come with latency, making gaming, or watching video clips a not so good experience.

If Roku gets successful in delivering an enjoyable mirroring experience, its move can embark a new era of screen mirroring. Google’s Chromecast, that came in July this year, offered near-latency free mirroring at Google’s I/O and is compatible with a host of Android devices. Apple’s Airplay system also makes it easy to project a host of content to the AppleTV from Macs, iPhones, and iPads, although the true mirroring is still elusive, that’s quite disappointing for the Apple lovers.

To know what Roku really has in its pack to offer, we’ll have to wait and see how it fares when it comes to latency and reliability. Also, if it can really offer seamless screen mirroring, it will actually be a powerful new weapon, giving yet another reason to customers to go to Roku