Mobile apps have made the lives undeniably easier. The demand and profitability of apps industry can be evidently guessed through the number of apps in Google Play and iOS app store amounting to more than a million. 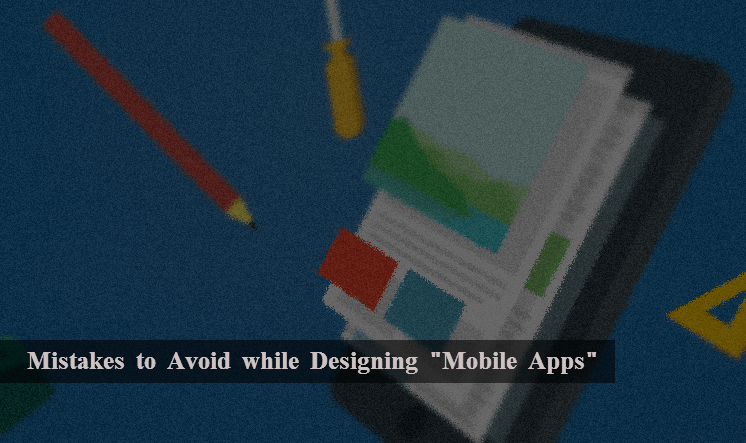 Have you ever wondered why you like some of the apps more than others? It’s not really the functionality, but the experience that attracts you to the app. It is this User Experience (UX) Design that distinguishes the successful apps from the unsuccessful ones.

Since User experience plays such an important role, here is a list of mistakes you must avoid while designing the mobile applications.

Gaining new users for your app is not as easy as you might think. Different consumers have different sets of expectations or demands. The future of an app can very well be defined via its first interaction with the users, when they download the app and access it.

While some users might expect from the app to welcome them and provide a tutorial to introduce them to its various functionalities, others might expect the app to let them explore on their own and learn gradually as they try it out. It can be an arduous task to design for preferences that are conflictive, especially when many apps lose users at the very first screen because of that.

You should not force your users to fill lengthy registration forms without illustrating them the value of app. It’s really not appreciable to jam their way to the content they are looking for to satisfy your branding needs. As an alternative to the routine sign-ins, you can provide fast log-ins through social media ids. for a smoother user engagement.

Lack of logical steps to use the app

You should provide clear paths to your users to let them accomplish what they want to. The number of users who leave your app in the initial stages may come back if you offer a logical set of steps for them to follow. If your users are able to derive value from the very first stage of using your app, the number of new active users will be much higher than otherwise.

It is often that you understand the action related to the usage of an object even before you actually start using it. This is because of the visual clues associated with that object. However, these visual clues upon which you base your perception may not always be correct; sometimes, they may confuse you. In the case of screen-based graphical interfaces, the designers have to be extra careful. For mobile apps, where there usually are no pointing devices, the effect is even more pronounced and thus, users need understandable visual clues to efficiently use the app.

Providing too many features

This is usually a mistake made my first-time developers. They tend to pack their app with too many features without even realizing how many features they can easily take at a time. The most successful apps are actually those which concentrate only on a few things and implement those well. You need to understand your target audience and include prime features in your app rather than spending your resources and time on developing too many mediocre features.

One should make use of such icons or graphical elements that are familiar to users. This is because these interaction standards have been developed over years of mobile use. The icons/graphic elements have already been implemented in thousands of apps and are backed up by extensive user testing. Ignoring these can be a major setback.

No matter how well your controls work in isolation in your app, users need to learn and remember those elements. This can readily lessen the adoption of your app by users. It is just like making your users learn a whole new language in order to be able to use your app.

As such, avoiding the above mistakes can readily provide you with a plenty of opportunities to capitalize upon in the field of mobile app development and reap benefits.