Fuhu, that develops child-oriented gadgets, launched the 20-inch and full HD 24-inch nabi Big Tab on 19th Aug to facilitate enhanced collaboration and socialization in an average household. So, the Big Tab is going to be the center of attraction in your home now. 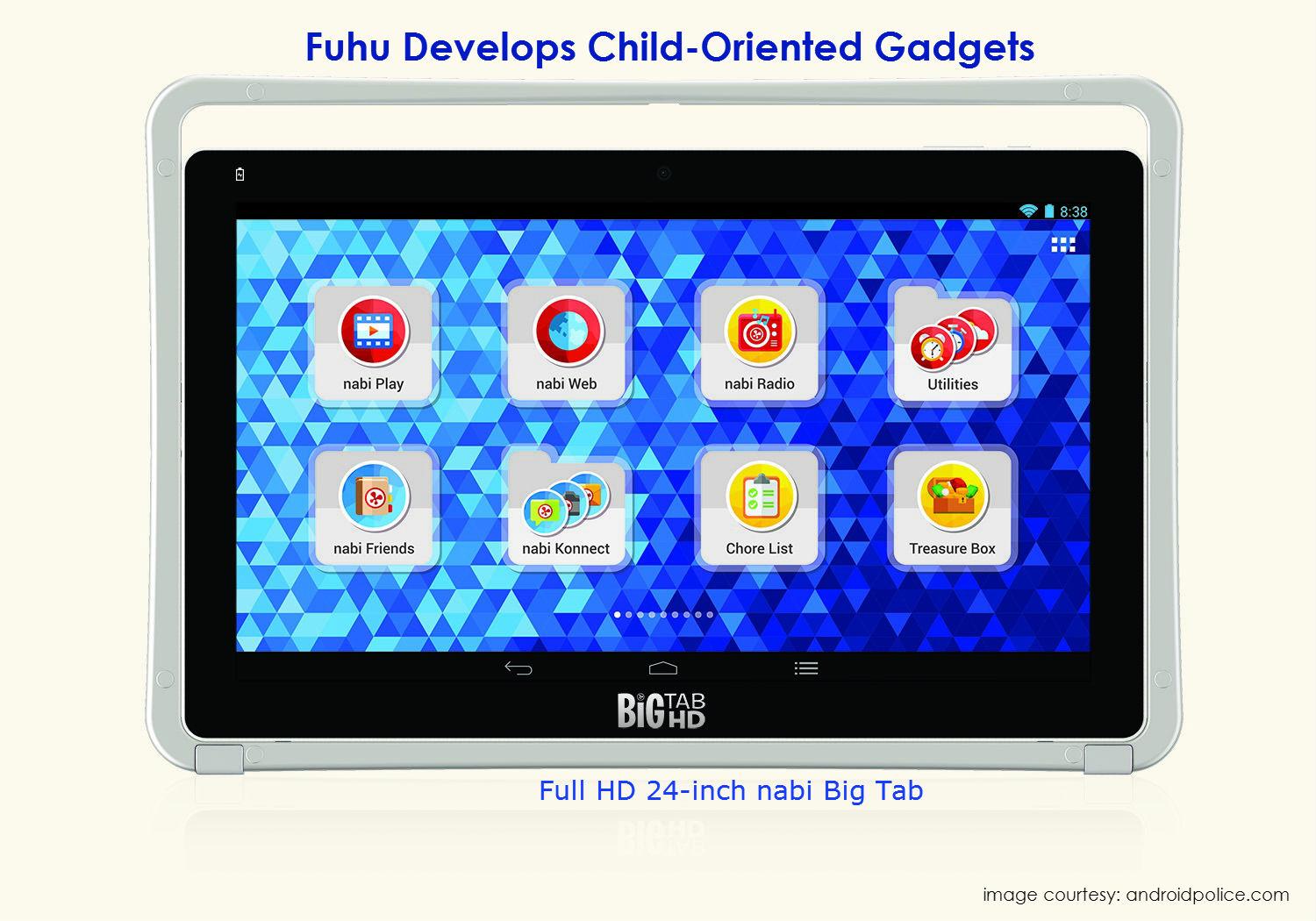 Both of the tablets come with a stylish carrying frame with a comfortable stand, along with a 15-pt capacitive touch screen, powerful Quad-core NVIDIA Tegra 4 processors, and a reasonably large memory of 16 GB. The tablets run on Fuhu’s Blue MorphoTM OS over Android 4.4.4.

The tablet features a dual mode that allows switching between the two modes viz. nabi and parent. The parent mode runs on stock android and performs just like an average Android tablet. A simple swipe to the right gives you access to the parental controls and the nabi mode. The nabi mode acts as a launcher that keeps all the apps kids can use.

Wide set of applications and games

The nabi system has numerous educational applications and games, like Big Canvas that allows kids to draw, create animations and edit videos; Wings Learning SystemTM that includes nearly 17,000 lessons and 300,000 questions of Maths, Reading and Writing exercises suitable for Pre-kindergarten to primary classes’ children; and Chore List, that can be used by parents to design customized tasks for children. 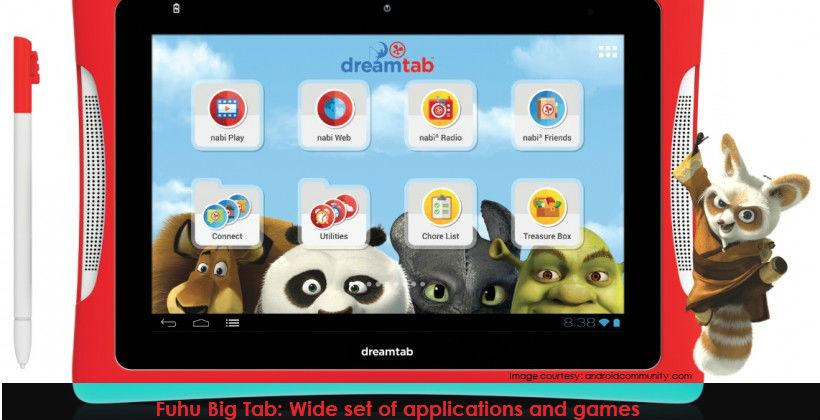 It also includes game applications, movies and books for children. The nabi mode contains games like chess and checkers, and a game room with many traditional board games and multiplayer games like air hockey. Even, a nice collection of videos and shows from popular kids channels have also been integrated.

The nabi system uses nabi coins which is a kind of currency used by apps to reward good behavior. Children can use these nabi coins that are usually earned by completing activities or tasks to buy their items of interest like music, movies, books or any other apps. These choices are defined by parents in the Parent Mode.

Targeted to kids and parents both

The basic aim of Fuhu is to provide a product that attends to the needs of both the kids and the parents. As such, at one time, it can act as an educational toy for kids and at other time, a general tablet that can be used by adults in the house.

Despite of so many features, the tab comes along with several issues like 30 minutes power back-up and un-optimized apps. Also, the parental controls are no special and you’ll find these on almost all kid-oriented devices.