What to learn from LinkedIn’s new mobile launch?

For many brands, mobile is a way to identify them. Their stories start and end in the various application stores. While for other brands, mobile don’t even exist. Their existence is limited to desktop and web browsers. 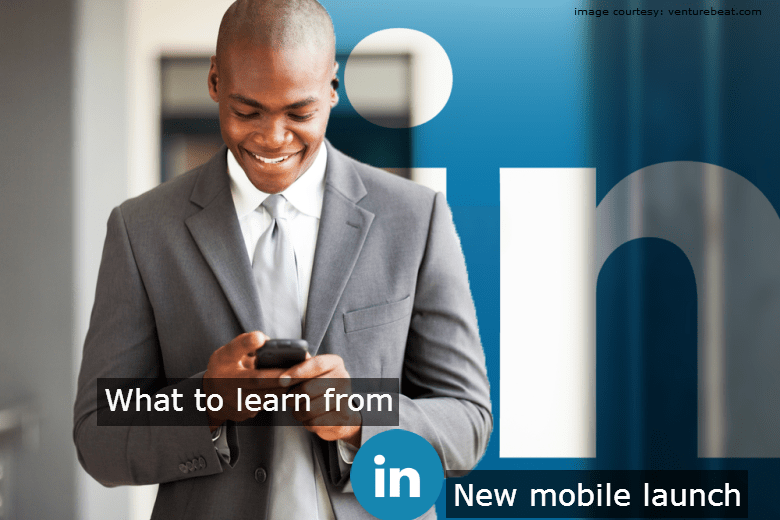 A great example of the former one is LinkedIn, who recently launched a new mobile platform for iOS and Android, that is comprised of a completely new client-side UI, back-end services, and a new recommendation feature.

This decision to focus on mobile environment rather than desktop did not came as a surprise though, reason being 43% of the brand’s web traffic coming from the mobile devices.

“It’s actually the first time that we are launching something on phone and tablet simultaneously and on mobile specifically first for our entire company, instead of desktop.”

The aim of this post is not to describe about the new amendments in the LinkedIn mobile experience. Instead, here we are going to focus on what key points you should keep in mind if you are planning to make the mobile transition. So, let’s begin.

If your brand has not yet established a mobile presence and you are feeling that it’s late to the party; just stop thinking because it’s never too late. You may still go ahead with your mobile plan.

LinkedIn, for instance, is one of the largest social networks in world. Still, as of 2014, they had undertaken only a few mobile first initiatives. The important thing, here, is not what they have done so far, but what they are planning to do in the near future. These changes will not mark the end and the company is also developing a mobile SDK for future use. Although, they weren’t the first company to get to mobiles, they are committed to the platform going in a positive direction. In other words, you should just take action without thinking too much.

The company’s decision to launch these mobile updates was made on the basis of the user feedbacks. For example, the “Recommendation feature”. The feature is refined on the basis of the degrees of separation among users, and suggests content that you have in common with the individual whose profile you’re currently looking at. Hence, each individual user will enjoy different recommendations plus layouts.

Improvements can be made anytime

The mobile transition is not a one-time task. It’s comparatively hard to satisfy users on the mobile as compared to the desktop. LinkedIn understands this fact and is working dedicatedly to maintain its mobile quality. This goes for almost every brand taking a leap to the mobile world.

Hence, there is a lot to learn from this update of LinkedIn mobile platform and use it to enhance the mobile experience for our users.